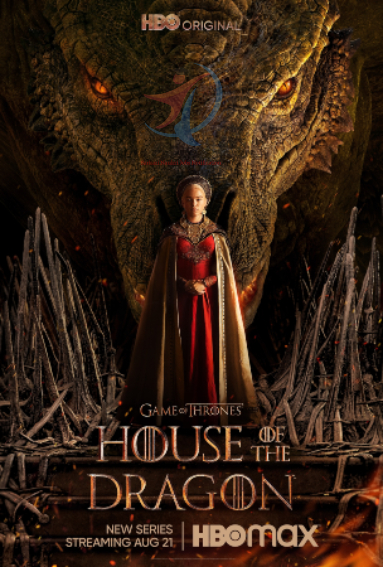 House Of The Dragon:- It is an upcoming Hollywod HBO TV Series based on Dragons. The official trailer is released now on Youtube. The official release date of House Of The Dragon 1st Episode is 21st August 2022 on the OTT platform HBO TV.  The lead characters of the TV series are Paddy Considine, Emma D’Arcy, Matt Smith, Olivia Cooke, Steve Toussaint, Eve Best, Fabien Frankel, Sonoya Mizuno, and Rhys Ifans.

House Of The Dragon Trailer Reviews

According to the official movie review sources it has massive ratings on the trailer. After watching the trailer fans’ reaction is “Oh My God” & “It’s Amazing” “Can’t-Wait For It”, and more.

What Is The Pilot of House Of The Dragon?

The movie pilot is The story of the Targaryen civil war that took place about 300 years before the events portrayed in `Game of Thrones.’ It is a prequel to the television series Game of Thrones (2011–2019) and is based on Martin’s 2018 novel Fire & Blood.

What Is The Release Date of House Of The Dragon Episode 1st?

The 1st episode of the TV series will be released on 21st August 2022 on the OTT platform HBO TV.

House of The Dragon Characters & Starcast

Where Can You Watch House of The Dragon TV Series?

If you want to watch it online then you need to buy the premium plan of HBO TV online platform.